A great jazz musician who blends the sober and the spectacular working with music from one of the most important cultural launching pads this country has created. Jazz and Sesame Street? Yes. Open wide.

An uncanny ability to blur the line between avant-garde and mainstream jazz.

Fiedler pays indirect tribute to tradition while simultaneously turning the music inside out.

Trombonist Joe Fiedler’s day job is as arranger, orchestrator and trombonist for Sesame Street. In the most complimentary manner possible, I’m In, the fourth CD by his own trio, is a bit like that kids’ TV show: it’s educational plus a whole lot of fun. 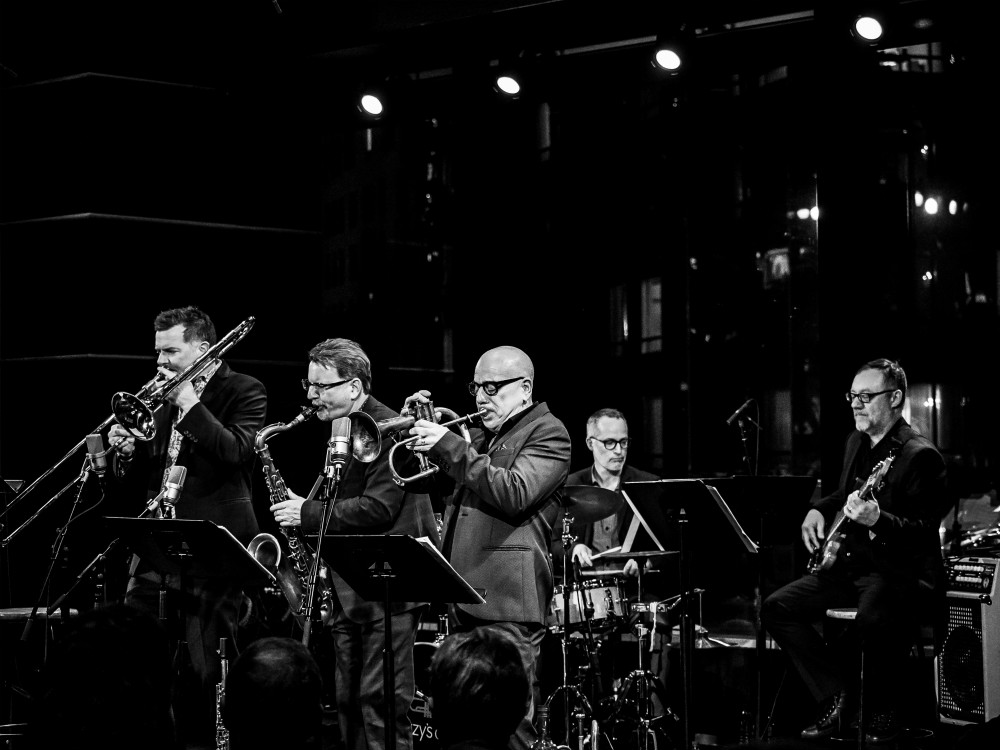 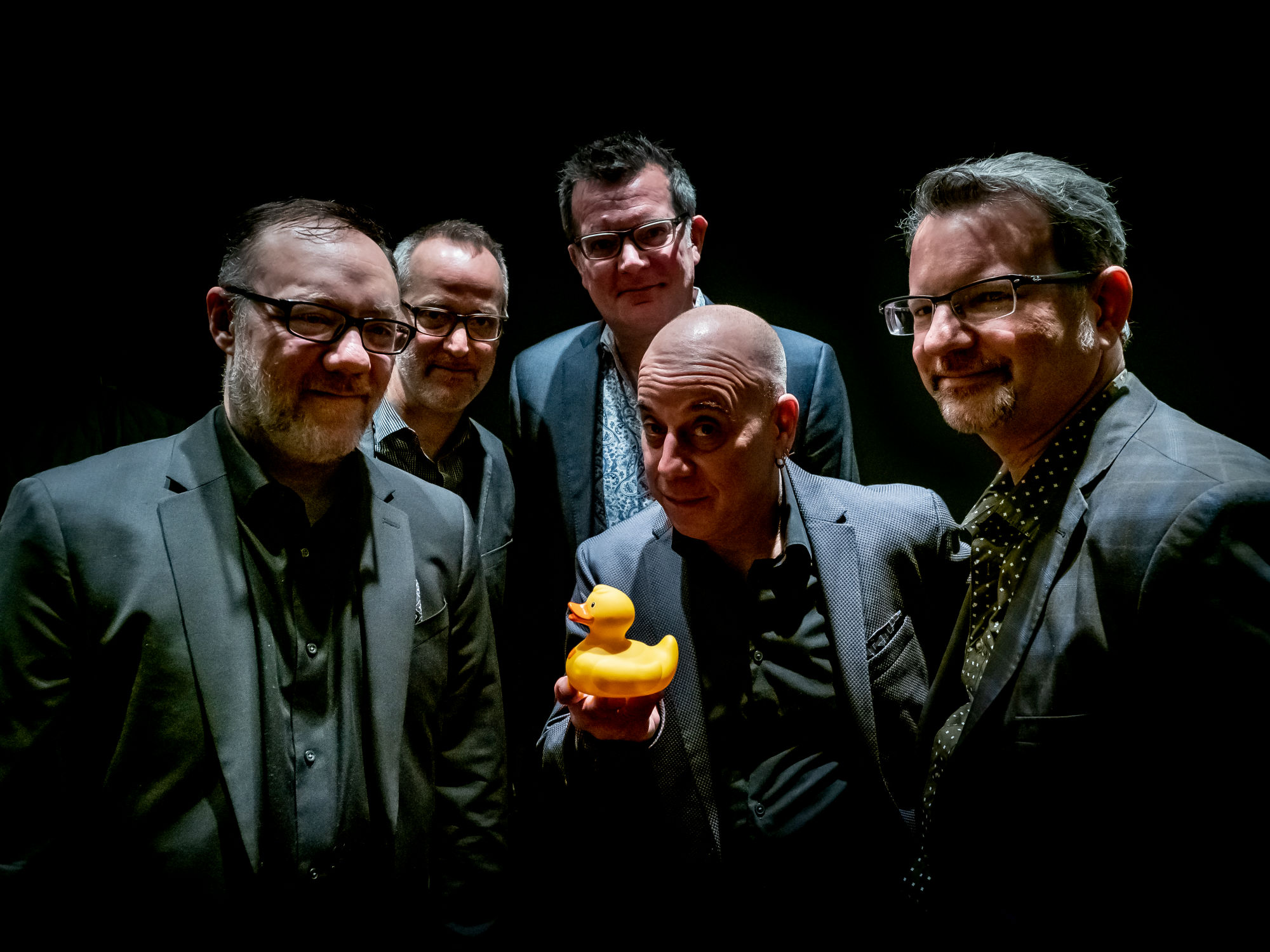 Fiedler is equally facile playing inside and outside, but just as important, he likes and respects both. The trio’s fourth recording marks out a boundary where these elements can cordially coexist, and then throws a party inside that perimeter. ⭑⭑⭑⭑

Fiedler uses superb technique, which includes playing chords (multiphonics), and a wit worthy of trombonist Ray Anderson to invigorate straight-ahead jazz, paying indirect tributes to tradition while simultaneously turning the music inside out.

Fiedler’s among the most impressive trombonists to emerge in the past couple of decades.

Trombonist Joe Fiedler has been an MVP in configurations that range from salsa bands to the jazz avant-garde.

You will be hard pressed to find more adventurous and imaginative use of the trombone as an instrument of musical expression.

With only three instruments, these extremely talented musicians have made a thoroughly enjoyable album that will appeal to fans of mainstream, bluesy jazz.

Fiedler's latest, Sacred Chrome Orb, the leader seasons the mix with a remarkable array of timbral effects, including mind-bending multiphonics inspired by his idol, Albert Mangelsdorff.

With The Crab, the trombonist has made one of the small group jazz discs of the year.

Pointing a way toward the future of the trombone.

Fiedler has created a memorable and brilliant tribute. Highly recommended. 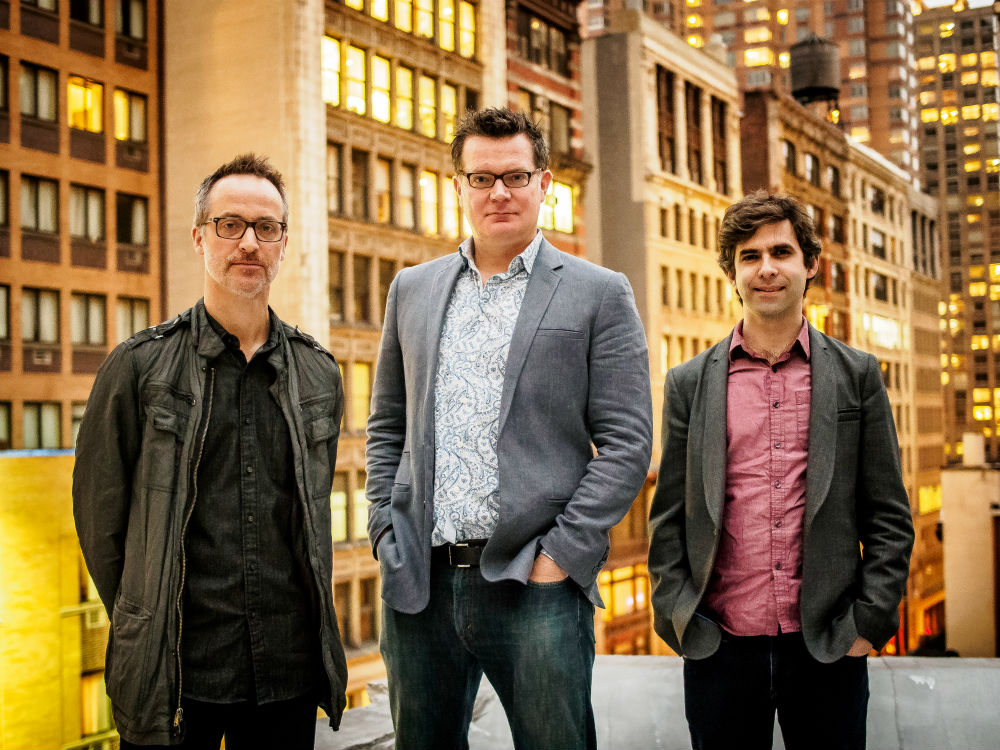 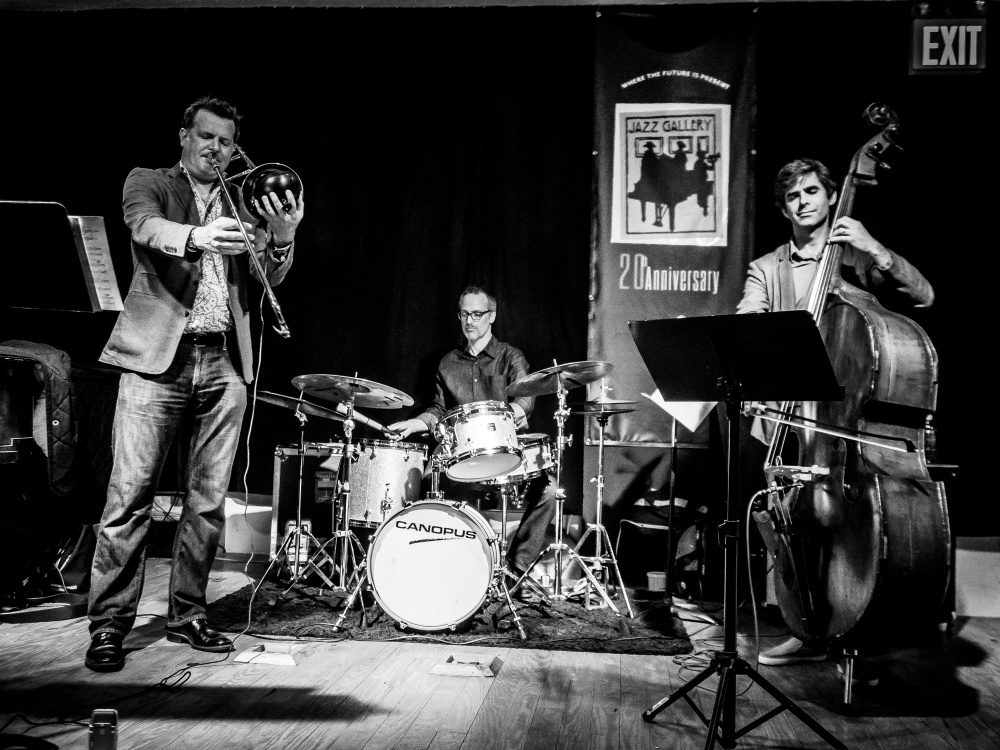 Mr. Fiedler, an adventurous trombonist, conceived Big Sackbut as something like a brass answer to the World Saxophone Quartet.

The group rips, dances and converses...the quartet is so tight that they sound like one big, polyphonic low-brass organ. Each trombonist kills it.

An exuberant bit of joy. Big instruments showing their lighter side. Fun and exciting stuff.

Like the WSQ, Fiedler and company swing hard without a rhythm section, moving between avant-garde and more mainstream sounds. Innovative and fun.

These guys are way cool, and fun. They’ll take you to places you never thought of...and then after you’ve listened to all 10 tracks, they’ll put a smile on your face.

On their sophomore effort, his Big Sackbut foursome shimmer through Fiedler’s tight but tuneful arrangements...Each of the trombonists gets a chance to shine...boisterously spirited. 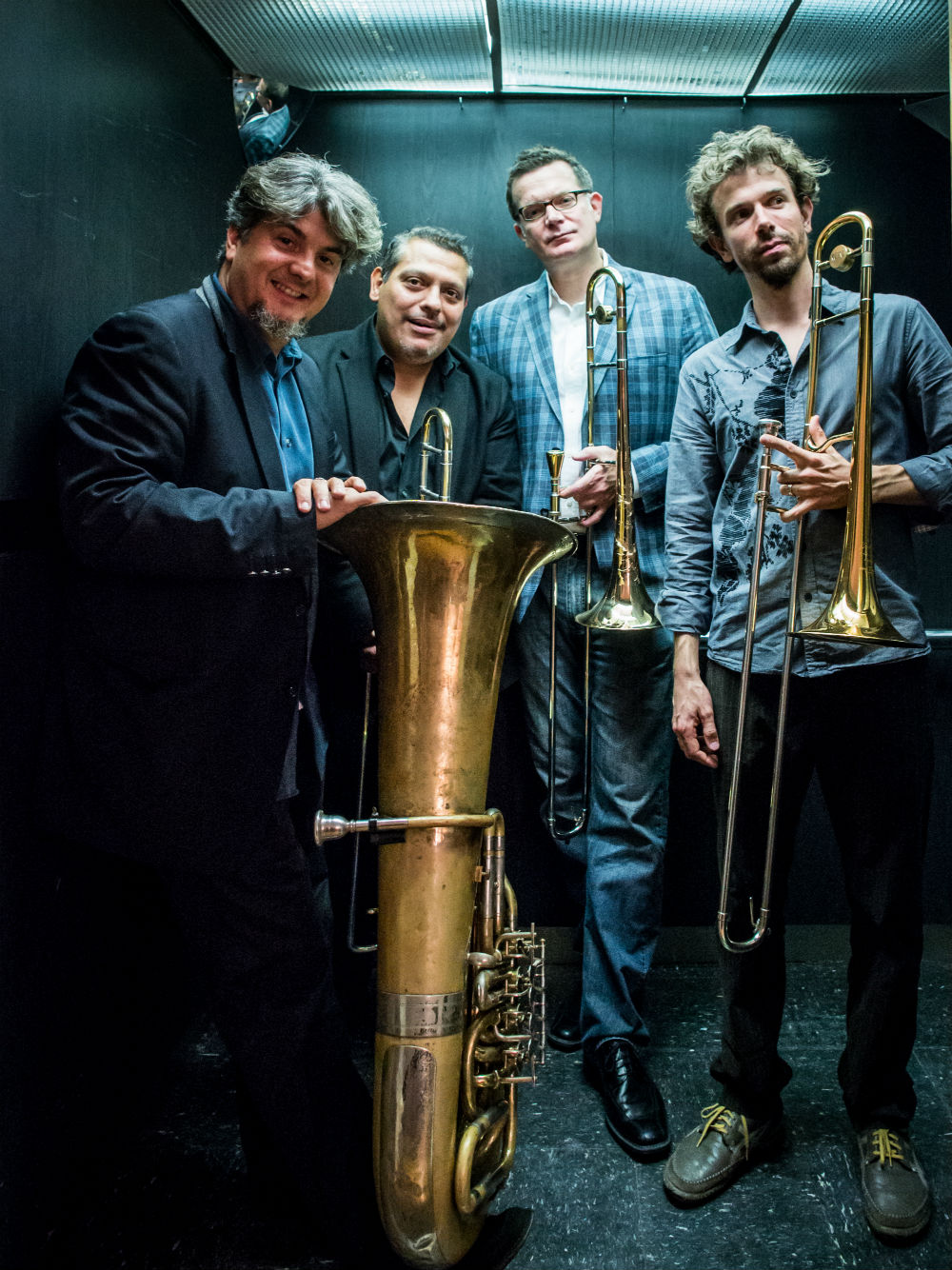 Trombonist Joe Fiedler has a heavy track record with his trio, an exploratory unit featuring bassist Rob Jost and drummer Michael Sarin. But on his robustly engaging new album, Like, Strange, Fiedler beefs up his front line, bringing in saxophonist Jeff Lederer and guitarist Pete McCann. More than a mere expansion, this has transformed the music, nudging Fiedler more toward fleshed-out harmony, jostling counterpoint and Afro-Latin rhythm.

Among trombonist Joe Fiedler’s many talents is his uncanny ability to blur the line between avant-garde and mainstream jazz. It’s a maneuver he’s perfected over the years as the leader of his adventurous trio with bassist Rob Jost and drummer Michael Sarin. With his latest project, Fiedler expands on that aesthetic, augmenting the trio with the addition of saxophonist Jeff Lederer and guitarist Pete McCann. ⭑⭑⭑⭑

From busily squealing out of the gate with the opening number to adding slower shadings throughout, the leader's trombone is as expressive as a singer's voice and as eclectic as the range of his compositions. From samba to classic R&B boogie or juicy rock and roll, Like, Strange keeps the celebratory vibe at a steady broil while never losing the smarts. The crew is ready for whatever stylistic turns he throws out, all sharing both the same professional virtuosity and complete lack of ego.

The compositions are hooky and melodic, and follow conventional forms, but still manage to get plenty weird. He’s a fantastic player, and this album expands his group’s sound while retaining its highly entertaining essence.

As a soloist Fiedler is a master at exploring his instrument’s range, he gets high notes out of it you’d swear were coming from a lead trumpet and he seems to revel in the tag-team effects he creates when jousting with Lederer and McCann. The advantage, to the listener, is greater texture and wider melodic variation.

One of the most in-demand players on the New York scene...His latest album, "Like, Strange," is a decidedly funky affair.

Fiedler is a masterful trombonist, with a boldly imaginative and articulate solo style. His tunes are designed for maximum interpretation by the players, and this unit generates plenty of sparks. Like Strange is a great release, cheerfully recommended.

Working with a larger instrumental palette, Fiedler utilizes the interpretive prowess of his new bandmates to expand the melodic, harmonic, and rhythmic potential of his writing...an exceptional offering, and his most fully realized album as a leader to date. 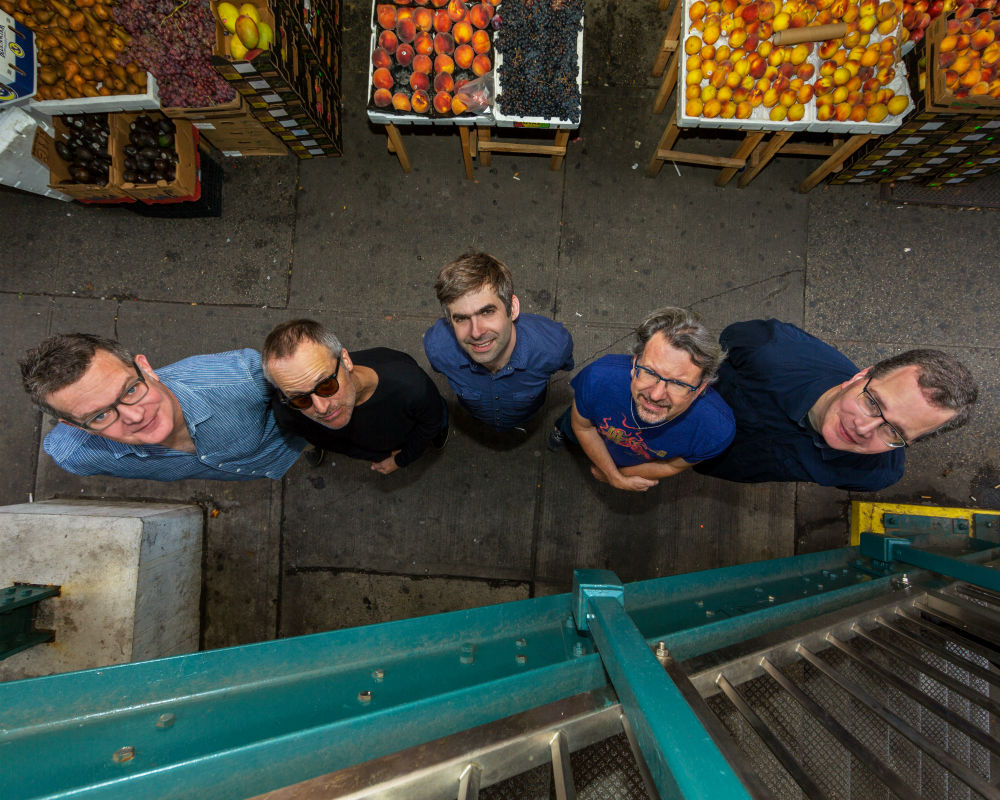 Trombonist/Composer Joe Fiedler is known to critics as “among the most impressive trombonists to emerge in the past couple of decades.” (Harvey Pekar, Signal to Noise) Based in New York since 1993, he has performed and recorded in a long and eclectic list of musical settings ranging from jazz (Andrew Hill, Lee Konitz, Charles Tolliver) to the avant-garde (Borah Bergman, Anthony Braxton, Cecil Taylor) to Afro-Caribbean (Celia Cruz, Ralph Irizarry, Eddie Palmieri) to pop (Marc Anthony, Wycleff Jean, Jennifer Lopez). In addition, Fiedler is the leader of the groups the Joe Fiedler Quintet, the Joe Fiedler Trio and Big Sackbut. His diverse discography features more than 100 recordings, including eight as a leader. 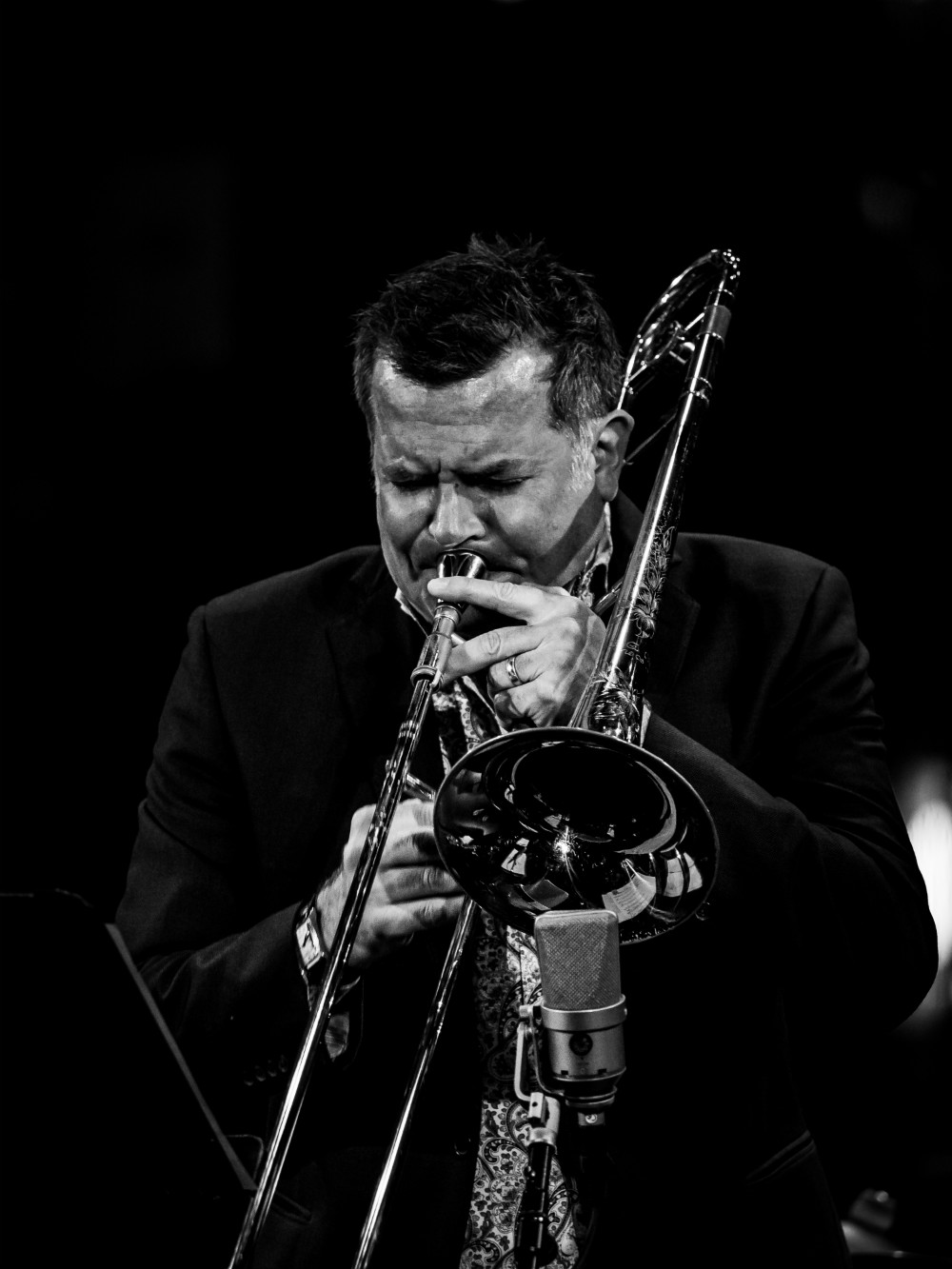 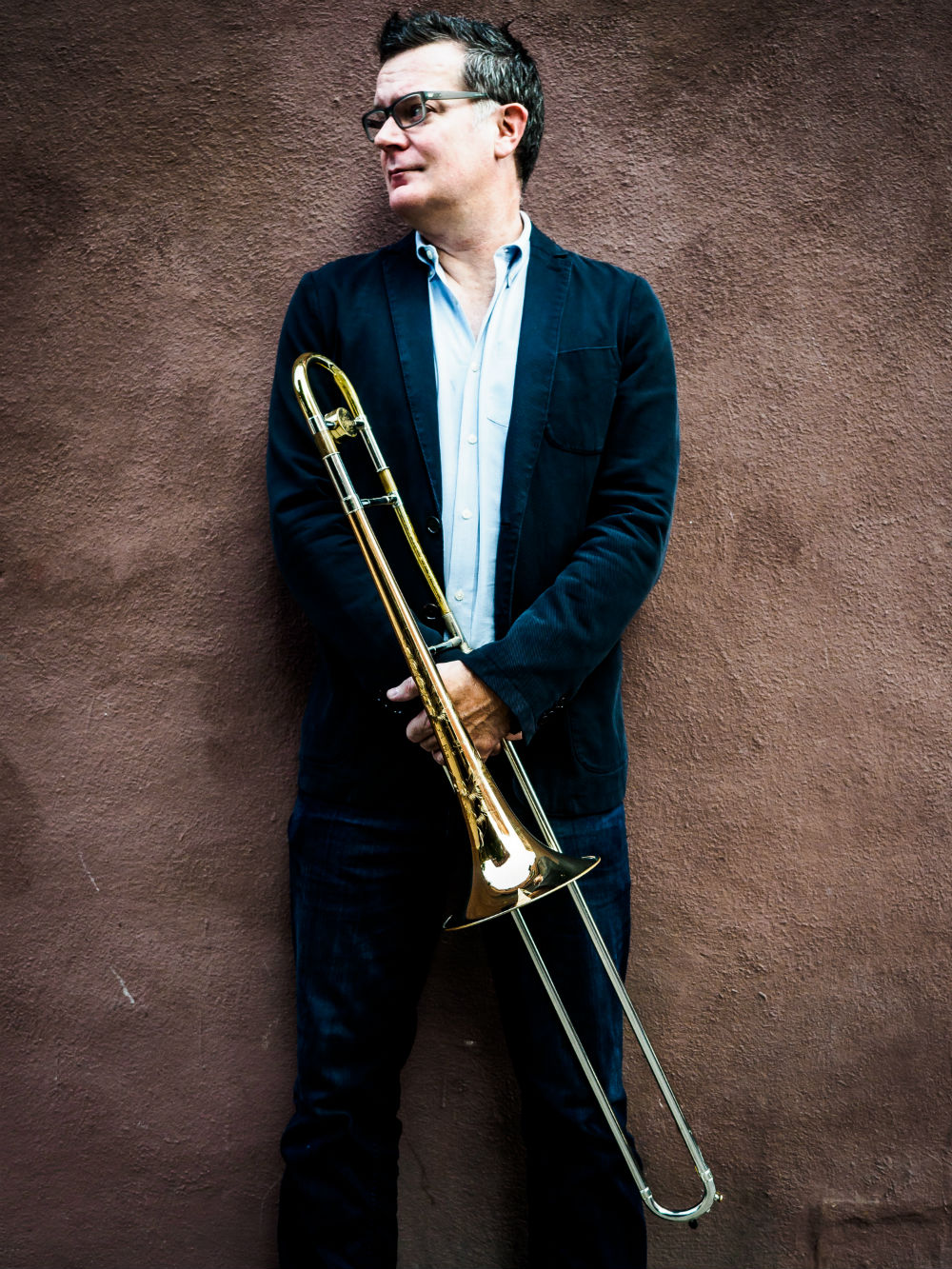 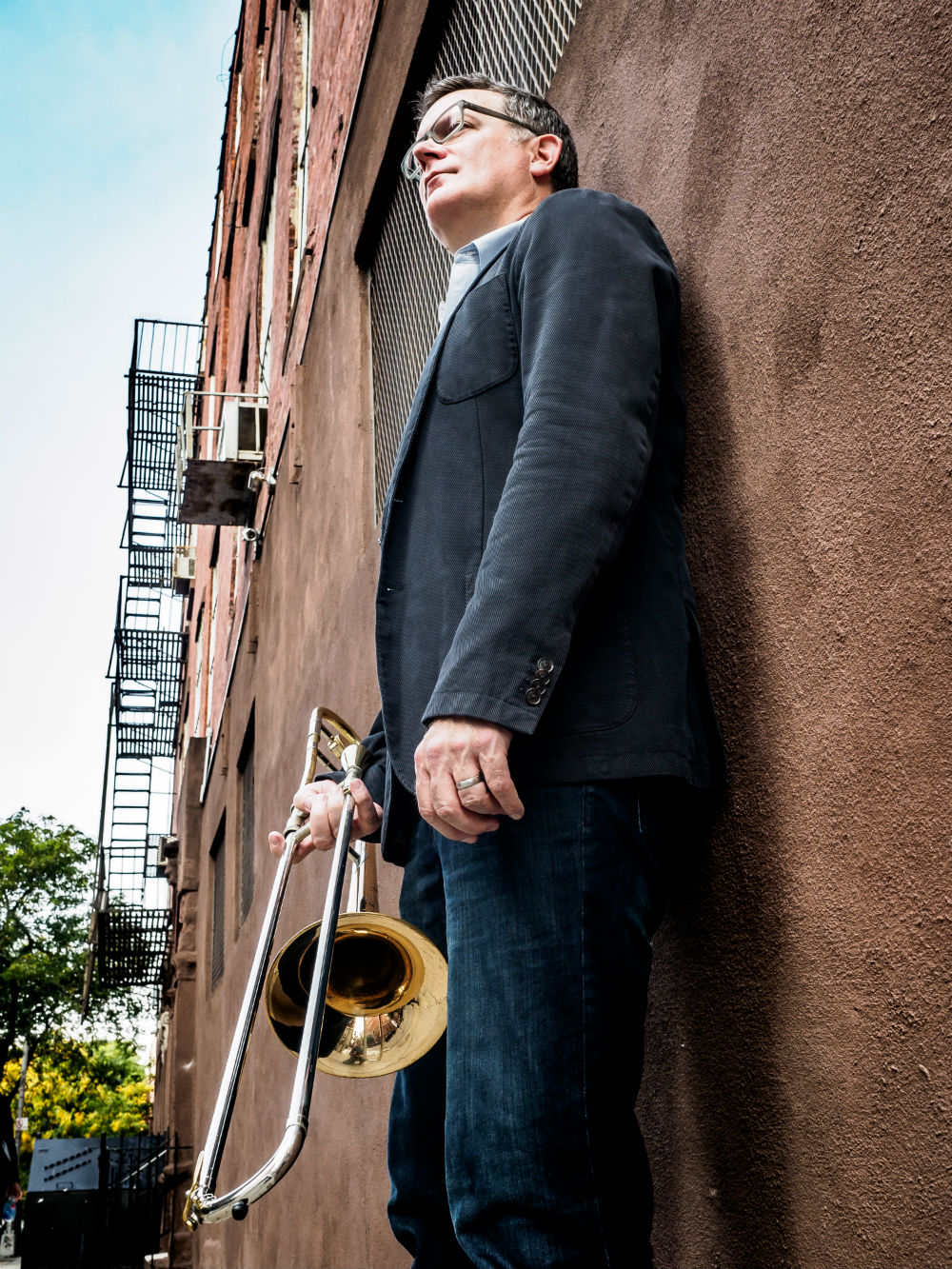 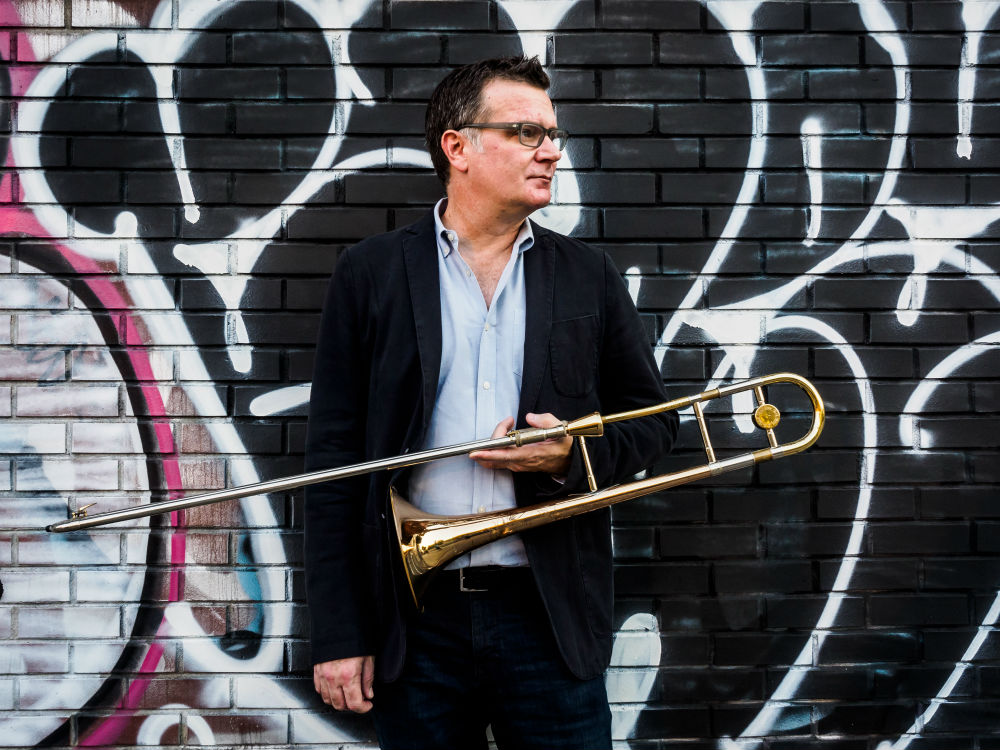